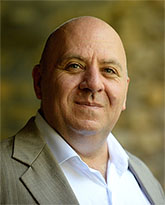 Email:
This email address is being protected from spambots. You need JavaScript enabled to view it.
http://www.innovyz.com

Philip Vafiadis is a longtime serial entrepreneur who now commercializes technologies that will form the foundation of future industries, and processes that will define how we participate and collaborate.

Philip is the founding executive chairman of Innovyz and the Innovyz Institute and founding member and chairman of Musitec, a music- and creative-industries development cluster organization supporting creatives and related technologists alike. Musitec operates globally as an independent not-for-profit company, seeded with funding from the Government of South Australia. Philip is an advisory board member of Gooroo.io and continues to steer his first business, VAF Research, which he founded at 17 years of age and which went on to create some of the best loudspeakers available, described by Rolling Stone Magazine as "the ultimate in high fidelity performance with the best bass in the world." Additionally, Philip founded or co-founded other innovation companies, including ZEN Energy Systems, which, during his time there, was recognized as one of Australia's fastest-growing companies.

With international relationships across multiple industries, deep passion and experience in the process of innovation, and willingness to "get his hands dirty," Philip is a sought-after strategic contributor. He has helped many companies, from startups to some of the largest companies on the planet, advising founders, leaders, and boards on product, technology, transition, future markets, and growth. Alongside these activities, Philip mentors a number of early-stage, high-growth companies, and is an active angel investor.

Along with helping establish more than 50 other companies and technologies, Philip has assisted to establish or grow: